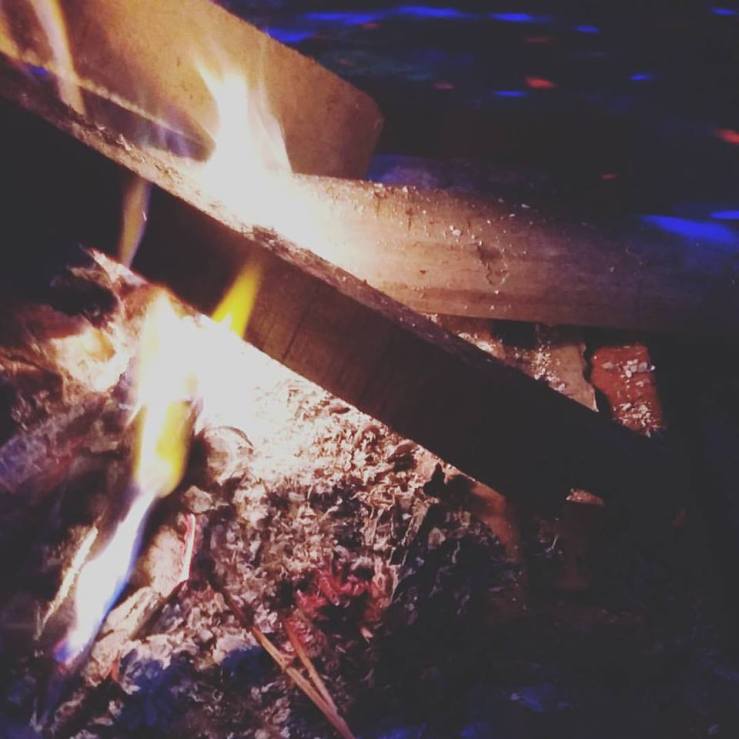 There was nothing more delicious than the taste of marshmallows roasting on an open bonfire. Liwayway took a bite and the sticky sweet melted into a sugary blanket across her tongue.

“Is it Christmas in Australia already?” Liwayway’s younger sister was tugging on the hem of her woolen sweater.

Liwayway scrunched her eyebrows together. “I think so, Ningning. It’s around 10pm here. It should be already past midnight over there.”

Ningning pulled the bonnet with the words “Baguio City” tighter over her forehead. “Is it cold over there, like it is here?”

“No, Ningning. Tito Pacifico said that it is summer.” The little one was snuggling closer to her. Reluctantly, Liwayway put her arms over the child’s shoulders. When she looked at Ningning, two eyes as round as Jeepney headlights were looking up at her.

Liwayway shook her head, exasperated, but only a bit. “It’s because they’re… down under.” Tito Pacifico had sent a greeting card through email earlier that day. It had a drawing of Santa Claus wearing shades and shorts, drinking lemonade by the sea. There was a red-nosed kangaroo beside him. “Merry Christmas from Down Under!” It said. Liwayway wasn’t exactly sure she could give a lecture about Northern and Southern Hemispheres just yet.

“So, does that mean… we’re up over?” Ningning began humming a portion of the Benguet Hymn. “Dear land of mine underneath the starry sky so close to God…” She thought to herself as she wriggled out of Liwayway’s arms. Surprise lit up her windburned face. “We are up over!”

Tita Maricor, who overheard the girls’ exchange, let out a hearty laugh. “Now what are you two talking about? I think you’re just too hungry, waiting for the Noche Buena. Come, let me pour some Tsokolate for you.”

“Yehay!” The two girls scrambled towards their aunt in excitement. But then Tita Maricor saw Ningning’s eyes cloud over slightly.

Ningning tried to smile. “Tito Pacifico won’t be able to enjoy Christmas as much us. It’s too hot for Tsokolate over there.”

“Oh, Ningning…” Liwayway chuckled as she took a sip from the piping hot drink. Hmm. Actually, there was something more delicious than roasted marshmallows. Tsokolate. And the tender love of her little sister.

We’re interwoven. We pretend to be autonomous or we would like to think we are. But somehow, something in the universe connects us, binding us in more ways than we had originally known.

A Malaysian tells his taxi driver kanan and the guy goes right. A Filipino tells a pedicab driver this and he does the same.

A Filipina yuppie recalls watching Ultraman as a child. An Indonesian professional says he did the same.

And on and on. Tiny threads that string us together into a colorful banner circling through the world. 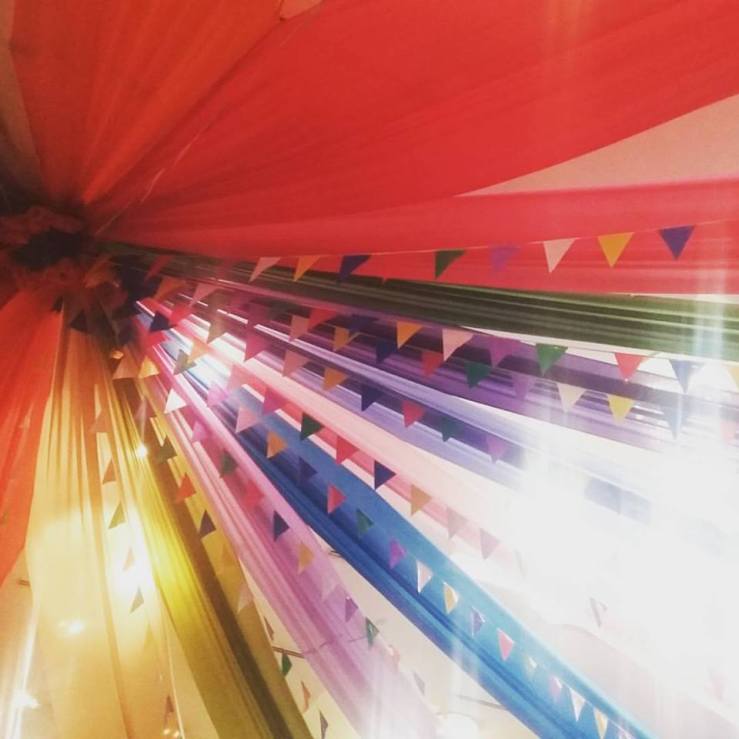 Perhaps we are all
travelers of time. Dreaming of
the future, reminiscing into
the past, sometimes
forgetting to live the present out
to the full. Why do we often neglect
what is here,
what is now?

You are my weak spot and happy pill. I barely know how to resist you nor can I ever deny you. I can’t keep a grudge on you for too long. But then there are days when you frustrate me, devastate me, and I try to rack my brains as to the what, the why, the how did I ever fall for you in the first place?

But even after my emotions go plummeting down, one dose of you and I’m up above the clouds again. 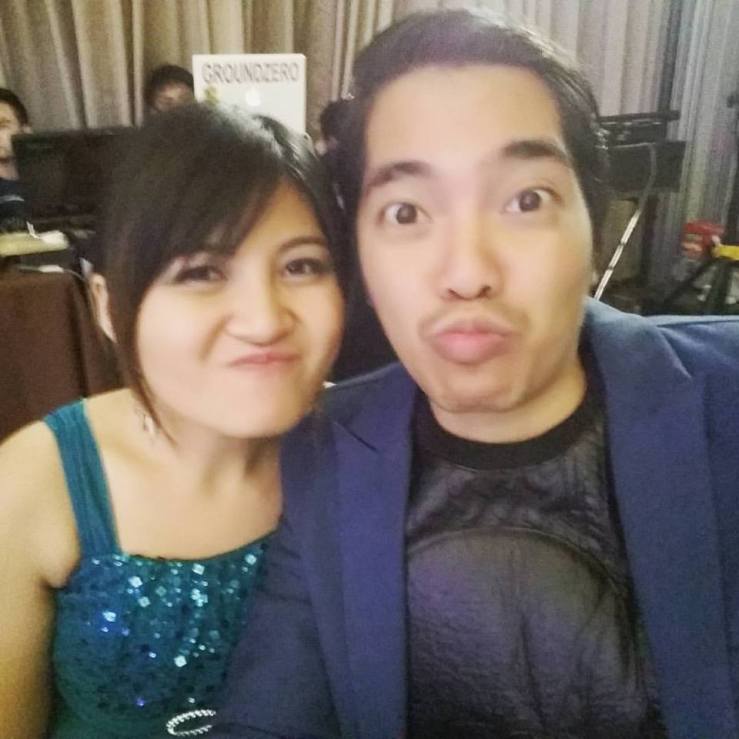 At times, I still get anxious when I don’t see you in a while. But then, I simply breathe in and remind myself, “I’ll see you on Friday, I’ll see you on Sunday, I’ll see you soon, soon.” The days are no longer numbered. Fridays, Sundays – they are all tomorrows, and they sneak up on me as quickly as the next train stop. 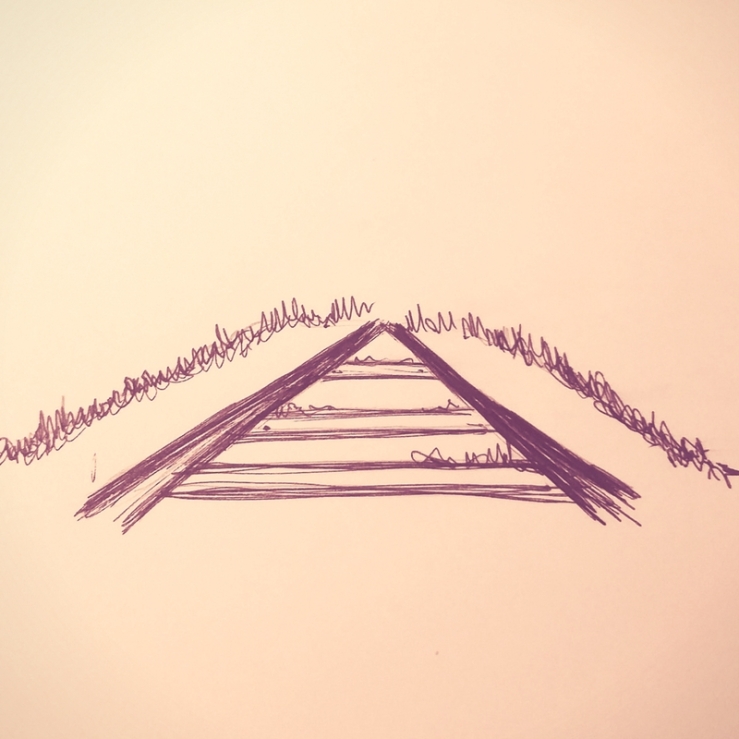 One time you took me to Makati and we spent a good portion of the night looking for an open coffee shop. The rain was drizzling on our cheeks. We paused. I told you the story of that one time we ran through the rain, when you sent me off to the bus going back to my hometown. You didn’t really remember. We walked on and settled on the café across the street from your office building.

I almost got lost the next time I tried to go there. Then by the next return, it was like coming home. And now as I roam Ayala’s pavements, I feel like I am watching this movie the second time around.

We’re like magnets —
polar opposites drawn
towards each other, inadvertently
gravitating and colliding into
one another
in the most poetic ways possible.

Perhaps you are wondering if this blog is still alive. It is. It has fallen asleep these past few months. But stick around and maybe you’ll see it coming back to life.

It will soon be eight months since my homecoming. Just eight months, but I already feel like I have been here since forever. Still, like cross talk, what was in Malaysia crisscrosses into what is in Metro Manila now.

We go through the tunnel near Ayala in EDSA and I feel like the Petronas Twin Towers will emerge anytime. I walk through Greenbelt 5 and I think I’m just lost in a new wing of IOI City Mall.

I have an ex-colleague from Malaysia working here. I’ve also been connected to a Filipina who has been attending Malaysia’s Midnight LG but has now come back home. I’ve started wearing my black office work dresses again.

I’m teaching now. I do distance education. In other words, I have a long distance relationship with my students and we do most of our interactions in cyberspace.

Adrian and I have, thankfully, graduated from that. As of blog writing time, I’m sitting with a view of the sun setting over HV Dela Costa Street, waiting for him to pick me up for our dinner date. I think back to our 1am once-a-week Skype dates. I don’t ever want to go back to that.

I’ve been writing poetry sporadically. You’ll see some of them in this space here. But life here is more rushed, busier, I think. The week has flown by, I haven’t even realized it will already be Friday tomorrow.

I’ll do my best to keep this blog updated. Besides, it feels good to be back here writing again.