He wanted her job, and it would be easy enough to discredit her.

He could unearth all the skeletons in her closet. Go to trusty old Google and find photographs of her. Drinking. Partying. Doing non-work related things. There might be articles written about her, too. Or she might have too many social media accounts. Whatever, he could very well easily find a way.

Maybe he didn’t have to find anything. Maybe her being a woman would put the odds in his favor. Surely they’d know that he would be the more hardworking one. Surely they’d know he’d be more reliable, less prone to fickle emotions and mood swings. Surely…

Or maybe not. What if they were the type of people who wanted eye candy? That would mean… And they might not have to pay her as much… well, if they were that kind of company.

They couldn’t. He needed this job. This was his sixth job interview this month. That girl… she looked all too positive. It was probably her first, or maybe second. Let her have a couple more rejections. She could probably handle a few more rejections.

He was already getting a headache. Maybe he just had to let go of his sexist mentality and just let the best person win. 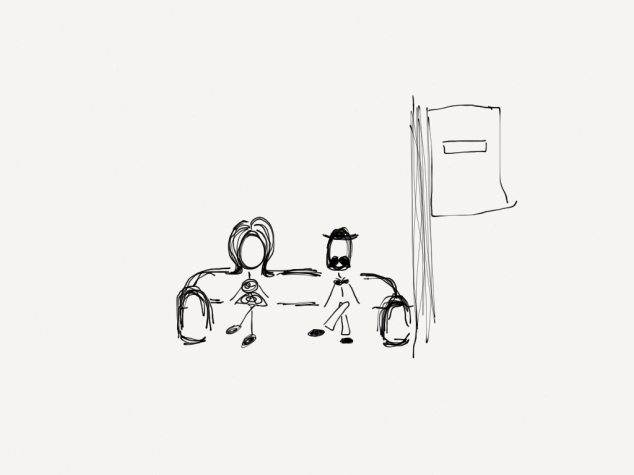 I am looking forward to you. At the same time, I am absolutely terrified of you. You are something so bright and hopeful yet still so dark and uncertain. I want you to come quickly. But I still want these days to stretch on and on because when you are finally here, will you be all as I expected you to be?

What if you’re not? There can only be two possibilities. Or three, let’s say three if I am an absolute prophet.

Possibility one: I’d have set my hopes up for nothing. You are just as bleak as some people say. I’ll be disappointed, wishing another future would come quickly by.

Possibility two: everything is exactly as I had dreamed they will be. How that will happen, I am not sure. But I’ll look around at everything and say, yep, all is as all should be.

But then again, I’ll just look to God. Whatever you may bring, I know in my heart, He’ll be in control of everything.

Three sets to go! Is the year really passing by that quickly???

36. Subject: What are you looking forward to?
37. First Line: He wanted her job, and it would be easy enough to discredit her
38. Dialogue: “Does he know about the baby?”
39. Scenario: A friend has been staying with you since his relationship break-up. He has overstayed his welcome but you don’t want to ask him to leave. Think of an imaginative scheme to make him decide to go?
40. Title: Messages in a Bottle

Keep an eye on this blog on Fridays!

34. Scenario: A man lies close to death. Describe the images from his childhood that fill his mind.
35. Title: A Far Cry From The Mountain

The mountain is a lonely place to be. It’s freezing here at the peak. Perhaps it wouldn’t be as cold if I had someone here with me. But it’s just me. Then again, it was my choice to climb this mountain alone.

Sonny, John, and Sandy… I should have brought them with me. They love the great outdoors. And we always have fun when we’re together. Had. We always had fun. When was the last time I had fun? Going up this mountain was fun. The view is amazing. Breathtaking. Janey was breathaking. Even as a kid. How her hair flew all around her face when she swung in the swing set next to our house. Blue. Or house was painted blue. But then father lost his job and we moved in to a trailer because the mortgage was too high to keep up. They should have let me find a job. But. Public school it was. Public school wasn’t so bad. I made a lot of good friends. Most of them have babies now. Kids. Kids going to primary school. I don’t mind. I’m happy with my life. I could be happier. But I am happy. Happy as the time mother baked us apple pie for the first time. Apple pie is the bomb. I wish I brought some with me. I can taste the sweet, spicy, cinnammon-y sauce in my lips. Frozen lips. Some hot chocolate would be nice to warm it off. Grandma’s hot choco is the best. I miss her.

I miss everyone. I wonder if everyone will miss me, too?